Christian Haass is one of the "Highly Cited Researchers 2019"

Recognizing the world's most influential researchers of the past decade, demonstrated by the production of multiple highly-cited papers that rank in the top 1% by citations for field and year in Web of Science. 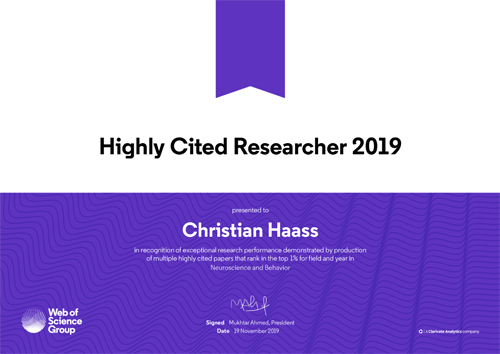